What to do if you have a Colombian “Pensiones Voluntarias”?
Pensiones Voluntarias is a Colombian pension plan that enables workers to contribute pretax income to specified investment funds in a similar fashion to Investment Retirement Accounts that exist in the USA. The growth and eventual distribution of a person’s investment is tax free provided they adhere to the restrictions enumerated by the Colombian tax authorities.
While the pension plan is a wise and tax friendly investment tool from the Colombian perspective, it has some serious shortcomings when utilized by US citizens or green card holders (regardless of their other nationalities). In particular, Pensiones Voluntarias ultimately results in contributions being effectively invested in shares of non-U.S. mutual funds. The problem with doing so is that the IRS treats foreign mutual funds as a Passive Foreign Investment Company (PFIC) and imposes a special, harsh tax regime on all US taxpayers who invest in PFIC’s.
The PFIC tax regime was created to equalize the playing field for the domestic U.S. mutual fund industry. Prior to PFIC rules, the American tax code required investors in U.S. based mutual funds to pay tax on investment earnings that were not yet distributed. In contrast, foreign mutual funds were able to retain all income and continue to grow the invested capital tax free until distributions occurred. In response to the perceived inequality, rules were instituted that levied tax on PFIC’s undistributed income. The two most common means of taxing the aforementioned income are known as mark-to-market and section 1231. The former method requires taxpayers to recognize the growth in the market value of their PFIC holdings as income on their tax return. One important caveat to this method is that the PFIC must be traded on a large stock exchange. The second method of PFIC taxation is known as the Sect. 1291 Fund election and it taxes either the part of the distribution received from a PFIC in the current tax year that is greater than 125% of the average distributions received by the shareholder during the 3 preceding tax years or any capital gains that result from the sale of PFIC shares.
With regards to the tax treatment of Pensiones Voluntarias, PFIC taxation will arise from the Sect 1291 fund method- as the mark-to-market option of PFIC taxation is only an option for funds that are traded on a major stock exchange.
Since Pensiones Voluntarias have no regular distribution, PFIC taxation and reporting will only occur when they are liquidated. Unfortunately, any gains arising from the liquidation will be taxed assuming that they were spread out evenly over all years of the investment and the highest marginal tax rate will be applied to them. Consequently, income from Pensiones Voluntarias can result in PFIC related taxes that are as large as the investment gains realized from the pension plan.
While most European nations have pension plans similar to Pensiones Voluntarias that are protected from PFIC taxation due to tax treaties that exist between the USA and those foreign countries, there is no tax treaty that exists currently between the USA and Colombia. Fortunately, a treaty is being worked on and, if it is implemented, would possibly result in the tax-free treatment of Pensiones Voluntarias income. However, there is no timetable for or if the tax treaty will ever be completed.
The four most common options available to US citizens or green card holders with regards to the taxation of Pensiones Voluntarias are:
1. Pay the taxes that might be incurred at the time of one’s withdrawal of funds from their Pensiones Voluntarias
2. Hope that Colombia and the USA sign a tax treaty before soon so that the pension withdrawals will become tax free (like in most of Europe).
3. Don’t invest in Pensiones Voluntarias plan
4. Engage the services of a Certified Public Accountant that can evaluate your particular situation and optimize your tax obligations with the IRS. 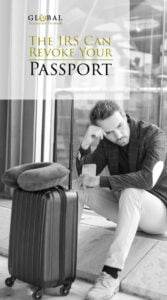